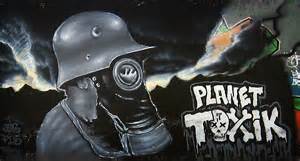 The Zika virus pandemic has been created to take the focus off the real problem…..a global food and water problem brought to you by Big Agra, Monsanto, Syngenta, Dow Chemical and Big Pharma.  This is out of control and even if they could fix it, they wouldn’t.  Zika Virus cover up

Wolbachia: A Tale of Sex and Survival

Fateful Harvest – Why Brazil Has a Big Appetite for Risky Pesticides

International Service for the Acquisition of Agri-Biotech Applications

Eating BT Corn: Turning Your Gut Into a Pesticed Factory

Another Strike Against GMOs – The Creation of Superbugs and Superweeds

Zika Virus cover up. Brazil ranks #3 in the world for it’s use of Tetracycline in food animals.  It turns out, this antibiotic renders the genetically modified ‘kill switch’ in the mutated offspring from their organism in native mosquitoes useless.  As it turns out, 75% of ingested antibiotics by animals is excreted in their waste and finding its way into water sources which are mosquito breeding grounds. Since Brazil joined the super bowl of agriculture producers, it has become a rampant user of toxic pesticides.  In 2012 it surpassed the US as the largest buyer of pesticides globally.  Brazil still uses pesticides that are banned in other countries around the world.  Could these birth defects be being caused by the bio accumulation of these toxic chemicals in the environment and in the bodies of the indigenous people?  Was the Zika panic created to cover up that probability?  Isn’t microcephaly caused by an assault on embryonic neurological development?  Aren’t many pesticide classified as neurological toxins?  The answers to all of the above are “yes”.

Minden, LA Explosions | Something Strange Is Going On