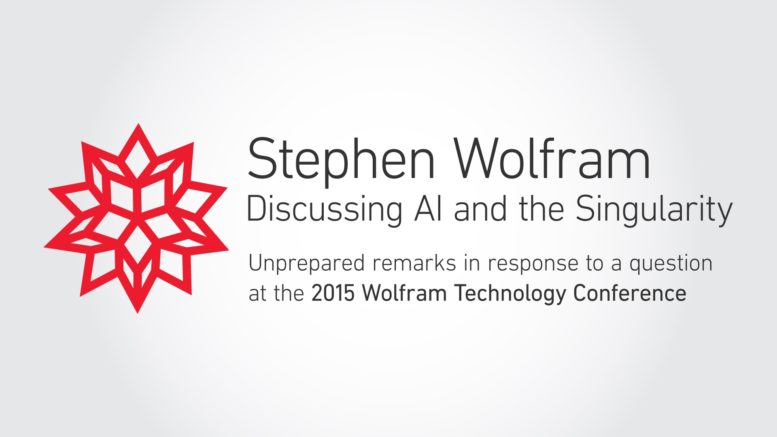 Convergence: The Day After Singularity

AI & The Future of Civilization

Will AI End Our Reign On Earth?

discussions about the future of invasive technology, social media, information filters, data collection, government, technocracy, wi-fi enabled toys for tots, trans humanism, computer and robotic assimilation.   The experts say that AI (Artificial Intelligence) development, what we’re seeing play out with web applications like Google and with personal computing devices with responsive interactive applications, like Siri, are at about 1% of the capability in their development at present. These same experts predict that in twenty years, with the introduction of AGI (Artificial General Intelligence) these interconnected

and symbiotic AI systems will be more intelligent than humans and within thirty years, it will be more

intelligent than all 7 billion people on the planet combined.

Moore’s Law which states technology and processing power doubles every two
years with some arguing now this time line has been condensed to 18 months
goes out the window.  Moore’s Law is based on the supposition that humans will
be developing and implementing computational equipment.  Considering the
neurons in the human brain operate in an average range of 40-100 Hz and travel
approximately 100 meters or 300 feet per second and the average computer

operates in the GHz range and transmits data almost instantaneously.

We are looking down the path of our own, self created obsolescence.  Humans, if we are to survive will
have to shift to do something else.  The question remains, shift to do what, and to what purpose would
we, at that point serve.  The fate of the lab rat or the chimpanzee is outside of their control and only
dependent on what we see fit for them after they’ve out lived their usefulness.
SHARE TWEET PIN SHARE

Is A Quantum Shift Coming?