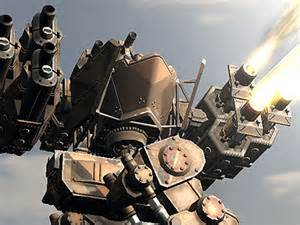 When Robots Go to War

Presented in conjunction with TIME
Published on January 26, 2016

PENTAGON: Social Media Will Be Used for Targeting Telemetry in Autonomous Warfare Theater

Ghost In The Machine – Part 1 | Digital Spying – Who and Why

GHOST IN THE MACHINE – Part 2: Big Brother Is Bigger Than You Think

The “JADE” in Jade Helm 15 is an AI Software Program

When robots go to war We could be at the dawn of a golden age of military UGVs. According to the 2001 Defense Authorization Act, one third of all operational ground vehicles are supposed to be unmanned by 2015. Therefore, the Department of Defense’s ambitious Future Combat Systems (FCS) program calls for the development of three semiautonomous UGVs that can perform certain tasks entirely on their own, and others-firing weapons is the biggie-only while being operated by a soldier. The runt of this FCS litter is the Small Unmanned Ground Vehicle. Weighing less than 30 pounds, it will be carried in a backpack and used like a disposable scout. It’s designed for high-risk missions in urban environments, such as searching through sewers and dealing with toxic chemicals. Bigger jobs are left to the Multifunctional Utility/Logistics and Equipment vehicle, which will travel with infantry units carrying supplies. The third FCS robot, the five-ton Armed Robotic Vehicle, will pack a machine gun, an automatic cannon and beyond-line-of-sight missiles-all remotely operated. In short, a bristling ‘bot with a nasty bite. When Robots go to war. But the real goal for UGVs is autonomous operation with no human input whatsoever and no dependence on unreliable wireless linkages. This is, after all, standard operating procedure for many UAVs. You would think it would be easy to apply this technology to ground ops. But you wouldn’t have thought so if you’d been in the California desert in March 2004, during the inaugural running of the Darpa Grand Challenge. When Robots go to war.