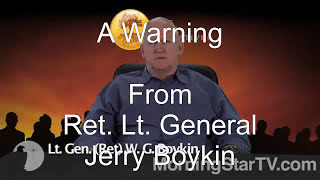 The reality is, we have entered into a Marxist society. Law enforcement is militarizing, just like Hitler did with the Brown Shirts. Obama is rolling out a constabulary force by militarizing police, the surveillance state, and putting in an unsworn, unvetted froce in our airports, on our highways, and now present in other forms of US transportation …yes, the TSA. Obama said this force presence would be as large as the US military and it’s getting there. In addition we have 44,000 UN troops and 20,000 Russian troops confirmed as of August 17th in the US plus another 100,000+ from other countries like China, Mexico and Great Britain to name a few of the countries converging their forces in America.  Warning to AmeriKa.  Warning to AmeriKa

TODAY (06.06.2020): This warning to Amerika is as pertinent as it was back in 2012. With Amerika in turmoil, Governors and politicians across the nation are calling for the dismantling of police and sheriffs in order to rebuild them with ‘better’ values. What would those values be? Would they be to serve the public, or the ‘Whole of Government’?  BEWARE: Over the past 100 years, government existed to serve itself and those in power who would benefit from it. And now, with recent developments, the army of ‘contact tracers’ being hired will fall under the umbrella of enforcement as will the NEW law enforcement agencies being promoted to quell civil unrest. This will not end well.

Was There Foreknowledge of the Plandemic

THE ‘BIG FIX’ IS UNDERWAY: THEFT OF THE US ELECTION

A Breakdown on Current Testing Procedures