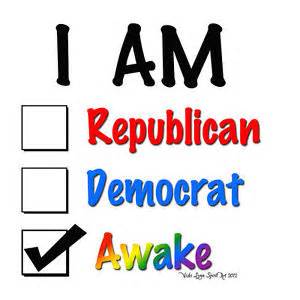 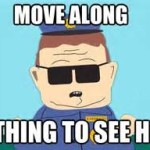 All is fine, nothing to see here…

It appears that these zero interest rates are for “me and not for thee”. In other words, financial institutions can lend and borrow from each other at virtually no cost while we still have to pay imposed interest to these institutions of anywhere from 4.0% (mortgages) to 16-22% (revolving credit rates) . Should negative interest rates come home to roost, I can only see this as causing a run on the banks. Who’s going to deposit $100 in a bank only to receive $95 on a total withdrawal. Even a partial run on the banks would have a significant negative effect on the insolvency ratios of these financial institutions. I have always said and still maintain, that the multi trillion$ bank bailout preceding the 2008 crash would have been better utilized if it had been distributed to the general public in the form of a ‘directed rebate’ whereby recipients would be directed to pay down debt; mortgages, credit cards, personal loans, student loans etc., with the rebate. The resulting effect would have been that the banks would have ultimately received the ‘bail out’ money and in doing so it would have significantly reduced the debt of individual Americans. But no….the plan has always been and will continue to be, keeping the average American enslaved to the debt machine. Common sense has no footing in this scenario.  perception deception, perception deception EXPLAINED, 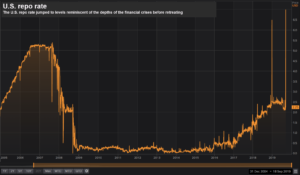 The recent spike in REPO rates sent up a red flag. Overnight rates have not spiked to 10% in this market ever, as I recall (correct me if I’m wrong). They came close preceding the crash of 2008 but recently hit the highest rate ever. This, to me signifies there is diminished trust (increased risk) in bank to bank confidence that these very short term asset re-hypothications will be repaid. This should sound the alarm to anyone who is highly vested in financial institutions.

The Green New Deal:  This is nothing more than an agenda to steal the prosperity of all sovereign beings starting with Americans. As accurately stated in one of the links in the attached document, 96% of global CO2 production occurs by nature, not man. Can someone please explain how this poses an ‘existential threat’? Has anyone even researched the Maunder minimum (1600-1715 AD) and the Eddie minimum (1450-1540) , or the Roman warm period (250 BC – 400 AD).  I’ve also heard no correlation on the effects of the sun and it’s cycles from these existential threat experts on climate change. How can they ignore the climate changes occurring on Jupiter, Saturn, Uranus and other planets in our solar system?  Can this empirical data be ignored in this discussion? This is nothing more than a power play – for control. 100% of wealth confiscation via taxation will not even come close to covering the expense of this plan over time. They, the powers that be, are playing on the fears and ignorance of the general populace in that they will not do their own research and think for themselves. If you “doubt us” you’re a heretic and denounce the doctrines we’ve laid out for you in the religion of climate change (AKA global warming). If you do the math, the inevitable outcome is clear. 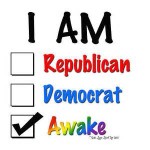 Energy Independence:  If we are now energy independent as being touted by the administration, then why has the destruction of 50% of the Saudi oil production (Aramco) resulted in increased gas prices in the US? If we are the leading exporter of oil and gas as we’re being told, wouldn’t this result in market leverage regarding exports and shouldn’t we be seeing a reduction in cost at the pumps due to increased profits resulting from diminished production capacity of our leading competitor – Saudi Arabia? What I’m seeing regarding rhetoric coming out of DC does not jive with what I’m seeing in the real world – increasing prices at the grocery stores, increases in energy costs, more homeless people begging in affluent areas like Glendale, Scottsdale where this hasn’t been a ‘problem’ in the past. At last count it was reported that LA had 59,000 homeless living on the streets. That’s a 30% increase from 2017. By the numbers this represents 1.6-2.0% of LA’s total population of 3.7 million people are living on the streets without housing, employment or any means of basic sustenance. Something’s not right here, why are we not taking care of our own.

Health Care: On a personal note, for the past 2 years I’ve had two friends, both women, who’ve been experiencing significant issues resulting in a decline of quality of life. Their doctors have sent them to several specialists who diagnosed them being in ‘good’ health and their findings indicate no factors which would be contributing to their decline in quality of life. The symptoms include but are not limited to: fatigue, weakness, lack of endurance upon physical exertion, erratic bouts of severe hypertension (210/180), nausea, lack of appetite, etc.. Is there some underlying mandate that has determined that if you are over a certain age (They are 61 and 63) it is not profitable to diagnose or treat conditions in people that have surpassed their productive years? Or, is this the result of something much more malevolent…a mycoplasma epidemic that has infiltrated and infected virtually all of the population of North America and Canada. Mycoplasma infection via bacterial or viral is not something that is screened for in routine blood work and analysis. Both of these people over the past 2 years have had elevated WBC count results come back on their blood work with doctors stating, ” we don’t know what the cause is, tests indicate you are in perfect health…”. Of course they don’t, if they’re not checking for mycoplasma bacterial or viral infection.  I would ask you to comment in the section below whether you, a loved one or someone you know is experiencing these types of ‘undiagnosed’ afflictions. Something is going on and we need to shed light on it. Please read the report on open air experiments in mycoplasma warfare conducted by Fort Dietrich and the military from 1943-1997 regarding testing conducted on an unsuspecting public and the results therein. 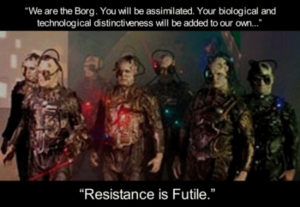 You have been assimilated – welcome to the Borg

These are just some observations I gleaned from the attached document – there are many more. I still believe ‘big tech’ poses the greatest threat to our freedom and liberty. We have to stop referring to AI (artificial intelligence) and refer to it for what it is – machine intelligence (MI). The connotation of the word ‘artificial’ is benign in it’s lexicon thereby posing no threat. The reality is that they have engineered a new type of life form that is not artificial at all….it has 3 prime directives; to evolve (adapt), to propagate and to survive. These are the three basic fundamentals of biological life forms. This is not an artificial, rather an alternate life form. It has been revealed by whistle blowers and others, that big tech can sway the votes of up to 15 million people – more than enough to sway an election to the whims of the elitists, with no foot print or digital trail. Not only that, but as I’ve been saying for years – good AI can predict behavior – strong AI can create and orchestrate the future. We are seeing this play out. Big tech is not only altering the norms of society, but it is removing the one sentient quality of humans,  free will. You think you still have this but you don’t. The fact is what you think is free will is a manipulation of new societal, political and cultural norms being forced upon you by algorithms, filtering and censorship of what these tech giants want you to see, accept and conform to. Welcome to the Borg, you have been assimilated.