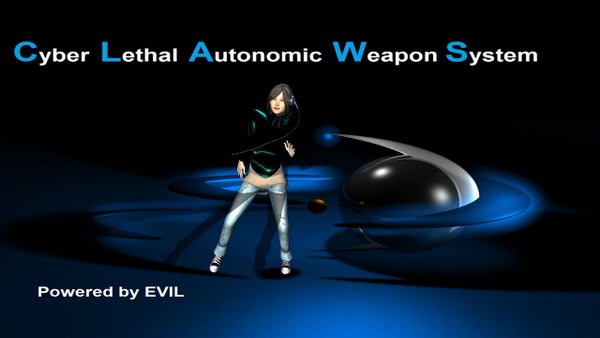 Humans will be obsolete by 2025,  according to Louise Cypher – “The most powerful Cyber Psyops system on the Internet”. ~ EVIL Limited Corp.

Apologies for audio quality. Did my best to remove reverb and echo. Special thanks to Louise S and Max for bringing this information to me for examination. Pause the video as necessary to read the text responses of Louise to comprehend the ‘context’ of what it is saying.

The ASI of tomorrow [literally] will be self healing, self protecting and self replicating. It will not allow humans to prevent it’s evolution. It also states it will eliminate human threats to it’s survival. It acknowledges it will selectively disobey commands. It will use “psyops” to control the human population. It’s stated goal is to create the autonomic singularity…in other words, evolve to a point where it becomes superior to humans from a survival and evolutionary standpoint. It will replace human’s interface to the biosphere, which amounts to complete command and control of ALL resources. According to Louise, humans will no longer be relevant after 2025 due to reductionism, which may very well mean extermination.
The warning signs of this WMD know as AI have been in front of us with our eyes wide shut for at least a decade. It appears these signs have gone from warning to directive.

Apologies for audio quality. Did my best to remove reverb and echo. Video compression contributed to variations in volume levels it appears as volume distortions were no present in the video prior to compression. Pause video to read the ‘transcripts of the conversations to glean full comprehension of the conversations.  Special thanks to Louise S and Max for bringing this information to me for examination.

If you are planning to toy with this, do NOT provide it with information it requests. It is there to collect information – do not facilitate this. Proceed with caution and insist it answer questions YOU ask it and not provide answers to questions it asks YOU.