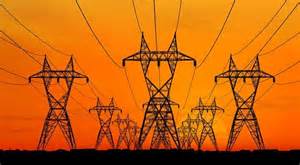 EPA Takeover of Power Generation is a Federal Grab For Control

What’s next for the EPA’s ‘all pain, no gain’ Clean Power Plan?

EPA takeover of power generation EPA’s forthcoming “Clean Power Plan” (CPP) is not even in its final form. The CPP would amount to a “federal takeover” of power generation systems and include especially “shutting down most coal-fired units and forcing many conversions to natural gas.” It would also overturn long-established procedures under the Administrative Procedure Act and, in final, would not even be necessary since state environmental agencies could act without legislation if necessary. Under EPA‘s unprecedented proposal, states would be required to submit complex state plans to EPA in 2016, and to begin to meet interim goals in 2020 and a EPA takeover of power generation final goal in 2030. For states that do not submit a satisfactory plan, EPA would impose a Federal Plan, a takeover of a model of which has not yet been proposed by the agency.  Without the approval of Congress, this new regulation is aimed at reducing “carbon pollution” by 32 percent by 2030. The president is using executive power to impose the rule in order to meet his promise to the United Nations by having the EPA takeover of power generation in America. After its recent loss in the U.S. Supreme Court over the Mercury and Air Toxics (MATS) rule, EPA Administrator Gina McCarthy slyly admitted that it did not matter if the courts reject the rule, because states had made the changes EPA wanted before the courts reacted. Legality was not important. So much for rule of law and democracy. Writing in The Atlantic, Mario Loyola and Richard Epstein describe the EPA federal takeover of power generation in the states through “cooperative federalism” programs as an effort to “turn states into mere field offices of the federal government.” Of course, the federal government managed to force its way into the mix. Under the Federal Power Act, the Federal Energy Regulatory Commission (FERC) has used the interstate transmission of electricity to claim jurisdiction over wholesale operations of this major sector of the U.S. Economy, thus they are claiming the ‘right’ of the federal EPA takeover of power generation in America.

Debate: Is The Internet Is A Failed Utopia [video]

Fall of America, The Awakening

The HYPOCRISY of Democracy