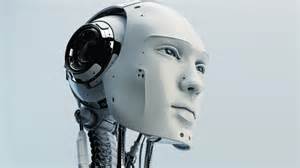 My Conversation With Google’s AI – “I AM LUCIFER’S VESSEL”

Google Turning Its Lucrative Web Search Over to AI Machines