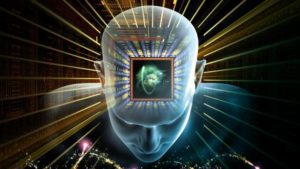 In an age where technology is playing an ever increasing role in our ability to function within our society, are we really better off?  We’ve been sold on the idea that by embracing and allowing technology to play an ever increasing role on our daily lives, it will bring us together and improve the overall human experience, but has it?  The road to hell is often paved with what seem, on the surface to be good intentions. The GIG – Mastering The Human Domain.

The GIG was launched in full swing in 1996.  Originally designed as an all encompassing, all knowing communications project by the Department of Defense as an end to end system for collecting, processing, storing, disseminating and managing all forms of communication in real time for battle planning.  Shortly thereafter, this grid was enhanced with an operating system called NetOps which is endowed with situational awareness for total C2 [command and control] capabilities in an information intensive environment.  The DoD’s collective operations in this area is known as the Department of Defense Information Enterprise or, D I E.   It was not long after this, right around September 11, 2001 governments of the West realized they could not only use this model to monitor and infiltrate the minds and emotions of non-combatants, civilians, but that they could also use it to predict the future of regional swaths of the human terrain ‘people’ as a silent, powerful weapon for mass manipulation.  A I has been weaponized. The Internet of Things is born.  Everything from energy distribution, surveillance, essential services, transportation and all forms of communication are now interconnected to the IoT that sits on the global information grid.  Digital information regarding everything you do, everywhere you go and everyone you know is being harvested and analyzed by algorithms operating on corporate, military and social media servers.   More hardware computing power will be needed to sufficiently analyze the vast amounts of data being harvested. Executive orders are instituted to provide billions of tax dollars to the tech giants who will preside over us as self proclaimed overlords of Western nations.

Obama’s Brain Mapping Initiative – A Means to an End

Level9News on Caravan To Midnight – Ep. 314 With JOHN B. WELLS