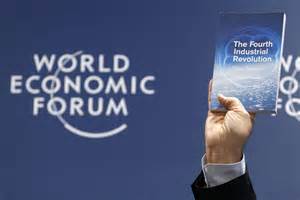 
OR, will a corporate takeover of the work force by AI usher in a Hunger Games world where we exist at the pleasure of the elite?

basic minimum sustainable income. The ‘Great Decoupling’ is underway in the form of Artificial General Intelligence [AGI] displacing the human work force with automation in all forms of economic production and distribution.  This decoupling can be described in the context of  three technological waves. This wave is breaking on the shore as we speak.  This wave, is the final wave in a technological based technocratic global C2 system and will present in the form of dominance via a basic minimum sustainable income over economies, finance, food, energy and essential service production and distribution, communication, transportation and all other basic life essentials including social management and governance we used to rely on government to provide.  This wave will engulf the world in a neural net driven by AGI. Basic Minimum Sustainable Income is a Bridge to A World Without Work. The tech industry has been aware of this paradigm shift in the form of a global labor force disruption for the past decade.  In preparation for the great ‘disruption’ they took the following steps to insure that this trend would accelerate and they would come out ahead of the curve, if only temporarily. basic minimum sustainable income