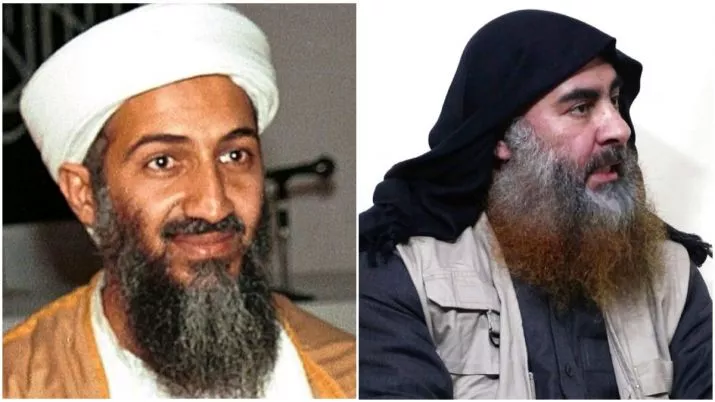 Another war room asset retirement? It would appear the same play book is being used. After all, it worked so well when Obama used it…..or did it?  Like with the assassination of bin Laden, no body. We were told Baghdadi’s body was so mutilated as a result of the blast a visual or physical confirmation was impossible. Not to worry though, a DNA test was performed. According to released Pentagon footage Pentagon official stated DNA was taken from the ‘compound’. Like with bin Laden, Baghdadi was said to have used women/children to shield themselves during the raid. As in both cases there is no body or remains whereby outside, independent DNA testing could be used for confirmation.  They want you to trust, but not verify.    Baghdadi vs bin Laden

SOMETHING BIG HAS HAPPENED! by James Corbett of The Corbett Report

The Dissembler-in-Chief took to Twitter this past weekend to let the world know that “Something very big has just happened!” We now know that that something was a daring special forces raid that ended in the death of Osama bin Laden! . . . Or is that Abu Musab al-Zarqawi? Or maybe Abu Omar al-Baghdadi? No, no, it was Abu Bakr al-Baghdadi! Honest! We took DNA evidence before we threw him in the sea! Find out about the unlikely story of Baghdadi’s umpteenth death in this timely edition of The Corbett Report podcast.  Baghdadi vs bin Laden

A Breakdown on Current Testing Procedures