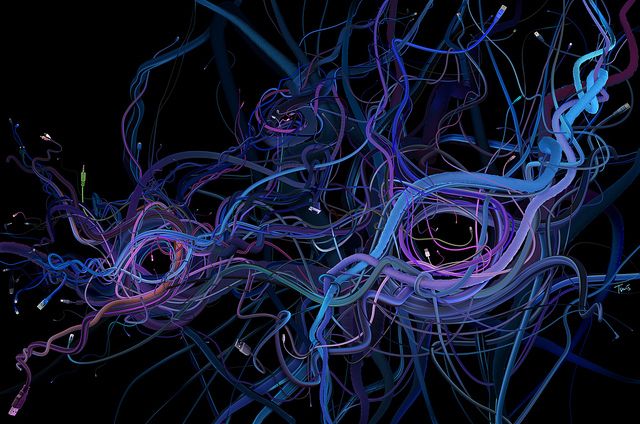 This is your Brain….This is Your Brain as a Weapon

On an otherwise routine July day, inside a laboratory at Duke University, two rhesus monkeys sat in separate rooms, each watching a computer screen that featured an image of a virtual arm in two-dimensional space. The monkeys’ task was to guide the arm from the center of the screen to a target, and when they did so successfully, the researchers rewarded them with sips of juice.

But there was a twist. The monkeys were not provided with joysticks or any other devices that could manipulate the arm. Rather, they were relying on electrodes implanted in portions of their brains that influence movement. The electrodes were able to capture and transmit neural activity through a wired connection to the computers.

Making things even more interesting, the primates shared control over the digital limb. In one experiment, for example, one monkey could direct only horizontal actions, while the other guided just vertical motions. Yet the monkeys began to learn by association that a particular way of thinking resulted in the movement of the limb. After grasping this pattern of cause and effect, they kept up the behavior–joint thinking, essentially–that led the arm to the target and earned them juice.

Your Brain as a weapon